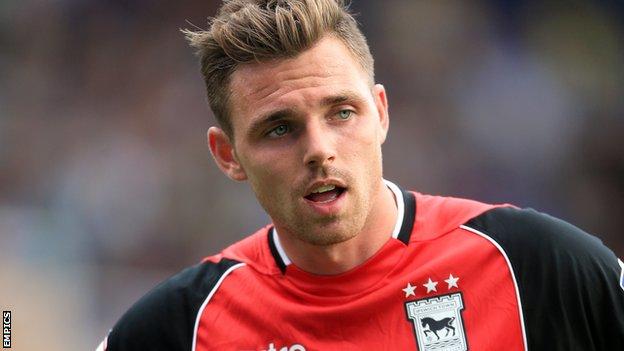 Ipswich Town midfielder Paul Anderson has said his side will be happy to break into the Championship's top six by the end of the season.

left them 11th in the table.

"We know our style of game. I think we're in a great position," Anderson told BBC Radio Suffolk.

"We're there or thereabouts and there are a few results we can put together that might sneak us into the top six, which is what we're aiming for."

Town are currently five points off the play-off pace and will be hoping to achieve something similar to their form of 2005, when they ended the campaign in third, to achieve a top-six place this time around.

An improvement in away form would aid their cause, with all four of Mick McCarthy's side's wins this term coming at Portman Road.

"If we can keep winning at home and picking up points away from home we can't complain," said Anderson, 25, who scored Ipswich's goal at Hillsborough.

"It's a good recipe to have and we feel solid at home. Any point away from home is positive and I'm sure the win will come sooner or later."