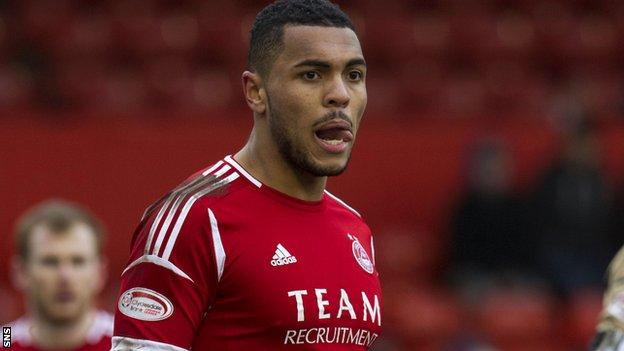 Aberdeen's Josh Magennis has revealed he faces a spell on the sidelines to undergo knee surgery.

The versatile 23-year-old came on as a late substitute in Saturday's 1-0 defeat by Ross County.

But he has withdrawn from the Northern Ireland squad for their upcoming World Cup qualifiers and replaced by Rangers striker Andy Little.

Magennis said on Twitter: "Surgery on Wednesday. Out for few weeks."

The Bangor-born forward joined the Dons from Cardiff in 2010 and has also been used as a full-back.