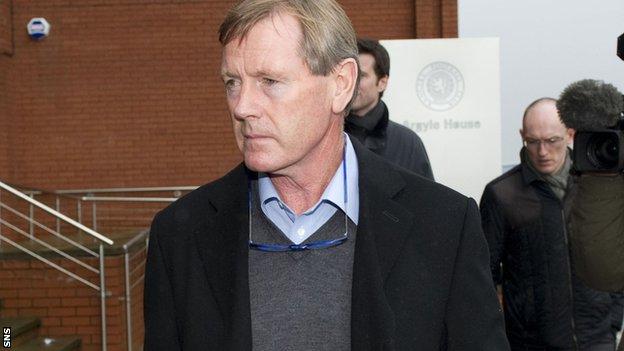 But issues with South African tax authorities prevented him from playing a more significant role.

King recently agreed to pay almost £44m to the Revenue Service as criminal charges against him were dropped.

A spokesman for the Rangers board told BBC Scotland: "Craig Mather and Brian Stockbridge have been meeting a number of investors.

"Craig is returning from South Africa tonight (Monday) and has also been in Dubai. Brian was in South Africa last week."

King did not wish to comment when contacted by BBC Scotland.

He has, however, spoken in recent weeks of his desire to invest in Rangers.

The Glasgow-born businessman has been a fierce critic of both Charles Green, who led a purchase of the business and assets of The Rangers Football Club Plc, and Craig Whyte, whose ownership ended with that company going into administration and then liquidation.