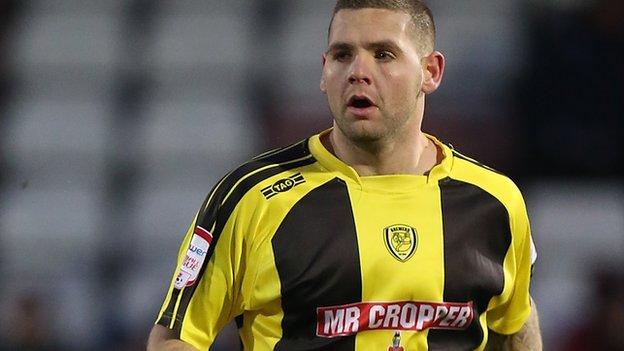 Burton Albion manager Gary Rowett has labelled Billy Kee as the best striker outside of the Championship.

And Rowett insists Kee, who scored 12 goals in 14 starts for Burton between September and December 2011, has found the form of his life.

"On his day, he is the best in the bottom two divisions," Rowett told BBC Radio Derby.

"You are seeing the fruits of his hard work - he is more mobile and is willing to run more for the team.

"He is very, very difficult to mark. I wouldn't swap him for any other striker in this division and the division up for that matter."

Kee returned from a six-week injury absence to score in Burton's 2-2 draw against Scunthorpe last month, and his brace against Wycombe takes his season tally to four goals in as many league starts this term.

The former Leicester trainee has netted 30 times in 74 appearances since moving to the Pirelli Stadium from Torquay in August 2011.