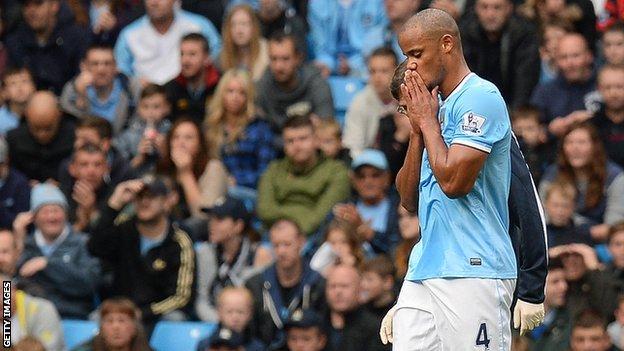 Manchester City captain Vincent Kompany faces a spell on the sidelines after limping off with a thigh injury in Saturday's win over Everton.

The 27-year-old had only just returned to action after three weeks out with a groin injury.

He underwent a scan on Monday which confirmed the injury but City have not said how long he will be out for.

Kompany will miss Belgium's World Cup qualifiers with Croatia on Friday and Wales on next Tuesday.