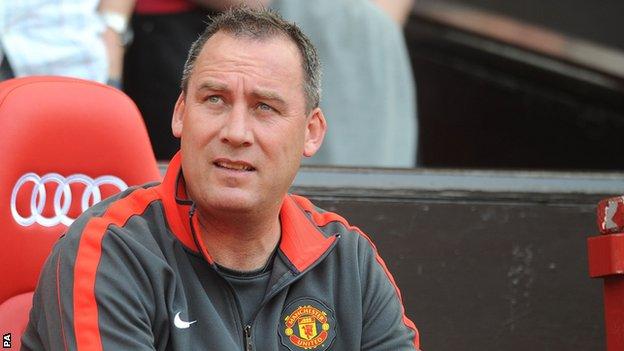 Former Manchester United first-team coach Rene Meulensteen has turned down an offer to become assistant manager of Fulham as he continues talks to become technical director at the Qatar Football Association.

The 49-year-old phoned Cottagers chief executive Alistair Mackintosh on Monday and declined the opportunity to work as number two to Martin Jol.

Meulensteen will instead seek to finalise negotiations with the Qatar FA as it steps up preparations ahead of hosting the World Cup in 2022.

The Dutchman left United in the summer after a 12-year association with the club, where he worked with the youth and reserve teams before joining the first team set-up in 2007 and being appointed first-team coach in 2008.

He spent a short period as assistant manager of Anzhi Makhachkala and took over as head coach of the Russian side following Guus Hiddink's departure, only to lose his job after 16 days amid owner Suleiman Kerimov's sudden cost-cutting drive.

Meulensteen returned to England and was approached by Qatar - where he had coached the national Under-18 team and two clubs earlier in his career - while Fulham also expressed interest.

He spent time with the Qataris on a recent trio to the Middle East and then flew on to the United States for meetings with Fulham owner Shahid Khan.

The London club made a firm proposal to the former Brondby coach during further talks last Friday, but it is understood Meulensteen harboured concerns about the instability surrounding Jol's position amid Fulham's early-season struggles.

He is also keen to pursue a larger-scale project, having recently left one of the world's biggest clubs, and the financial package on offer from the Qatar FA is significantly greater than that from Fulham.