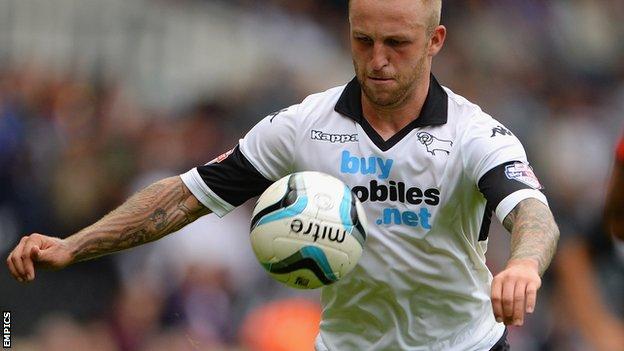 Derby County striker Johnny Russell has been ruled out for six weeks after fracturing his left fibula in Saturday's 3-1 win against Leeds.

The 23-year-old Scot joined from Dundee United in the summer and has scored five goals in 12 Rams appearances.

Russell is likely to miss four Championship matches, and it is hoped he will return in late November.

Meanwhile, Will Hughes has withdrawn from the England Under-21 squad with a minor groin strain.