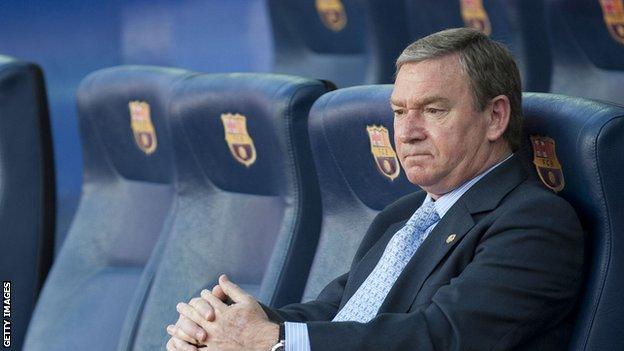 Libya Football Federation has confirmed the appointment of Spaniard Javier Clemente as coach of the national team.

The former Spain boss takes over from Abdelhafidh al-Rabich, who stepped down after Libya failed to progress to the final round of 2014 World Cup qualifiers.

He told BBC Sport that he has agreed a two-year deal, a period that currently will not include Libya's hosting of the 2017 Africa Cup of Nations.

"I have been handed the mission to put in place a good structure and environment to enable the building of a great team," the 63-year-old is quoted as saying on the Confederation of African Football's website.

"I'm yet to understand the level of Libyan football. I will have to take some time to learn and adjust to the mentality of the people and philosophy of the game here."

His main task will be to lead Libya to the 2015 Nations Cup in Morocco, with the qualifiers set to start next September.

Clemente has coached French side Marseille as well as Spanish clubs Espanyol and Athletic Bilbao in the past.

He was in charge of Cameroon for a year before being sacked for failing to qualify the team to the 2012 Africa Cup of Nations.