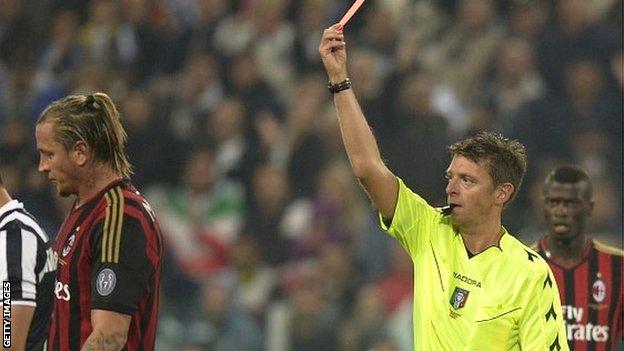 The Italian authorities acted after reviewing video footage of the incident which went unpunished at the time.

Three matches have been added to the one-game suspension Mexes, 31, received for being dismissed later in the game.

Chiellini, who scored the game's decisive goal, described the incident as "just not football".

Former Roma centre-back Mexes, who has been sent off seven times in Serie A, will miss matches against Udinese, Parma, Lazio and Fiorentina.

His absence will be keenly felt by an injury-hit Milan side who lie 12th in the league, 13 points adrift of leaders Roma.

Milan must play the Udinese match behind closed doors after the club's fans were found guilty of "insulting" chanting during Sunday's defeat by Juventus.