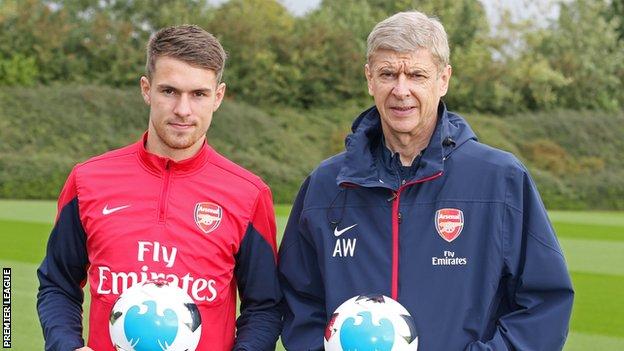 This is 13th time 63-year-old manager Wenger has received the honour, with the league leaders having won all four of their matches during the month.

The ex-Cardiff player found the net twice in the win over Sunderland and also scored against Stoke and Swansea.

The double award marks a change in fortunes for the Gunners and, in particular, Wenger, who came under pressure from some fans at the start of the season.

The Frenchman's future was questioned by the Arsenal Supporters' Trust following the club's 3-1 defeat by Aston Villa on the opening day, while the club's lack of spending during the summer transfer window, up to that point, was also queried.

They are currently top of the Premier League on goal difference and have a 100% record in this season's Champions League after two games.