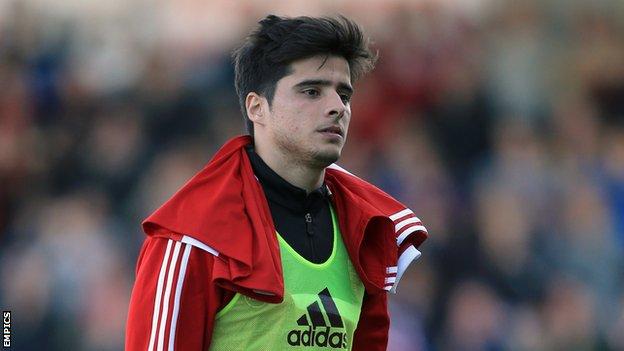 Joao Carlos Teixeira has left Brentford and returned to Liverpool after just 28 days of his youth loan deal.

The 20-year-old attacking midfielder, who joined the Bees last month, had been due to remain with the League One club until 5 January.

He made two substitute appearances during his time at Griffin Park.

"Unfortunately we were not able to give Joao the opportunity to demonstrate his obvious talent," Brentford sporting director Mark Warburton said.

"I would like to place on record our appreciation to Frank McParland and the Liverpool staff for allowing Joao to spend some time with us."

Meanwhile, Sheffield Wednesday defender Martin Taylor has extended his loan spell with the Bees for a further month.

The centre-back has scored twice in four games and will stay with Uwe Rosler's side until 3 November.