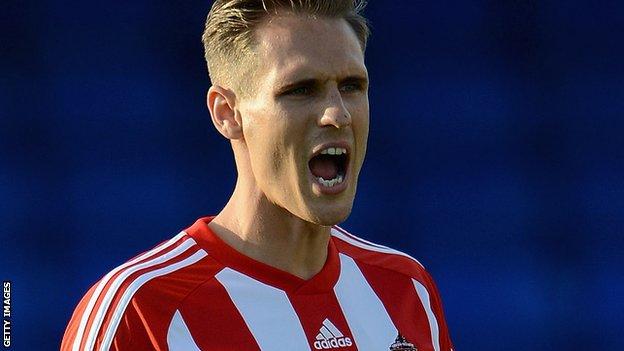 Matt Kilgallon is determined to make the most of the first-team chance that is likely to come his way at Blackburn.

But Hanley was sent off for violent conduct at Wigan on Sunday, meaning he will miss the next three matches.

Kilgallon told BBC Radio Lancashire: "You wait patiently and train hard. If you don't help yourself and you're moaning and sulking, it's no good."

The 29-year-old, who after being released by Sunderland, has appeared just twice for Rovers so far this season.

An injury did not help Kilgallon's cause in the opening weeks of the campaign, although he has featured in each of Blackburn's last two league matches.

The former Leeds youngster continued: "When I came in, the gaffer said to me that Grant and Scott had played really well at the end of last season and kept the team up.

"He said he was going to start with them and I said that wasn't a problem."

Scotland international Hanley was fined for his dismissal, which came as a result of a clash with Latics forward Nick Powell, and has since