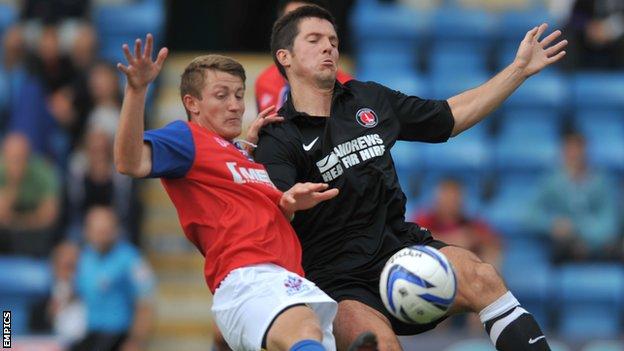 Gillingham defender Callum Davies says he never really wanted to leave the club, although he asked to be put on the loan list a few weeks ago.

A move away from Priestfield did not materialise for the 20-year-old, who has started their last two games.

"I'm not the oldest and I just wanted to play," he told BBC Radio Kent.

"I didn't really want to leave - I just wanted to play. I'm not someone who wants to sit around and I can't stress that enough."

Football is all about confidence and momentum. We have got a little winning streak going on and we just need to see how far we can go with it

He added: "I've played a couple of reserve games [this season] but first-team football is so different."

Academy graduate Davies made his Gills debut in November 2010 and appeared 18 times for the Kent club last season.

After a run-out in the Capital One Cup in August, his return to the starting line-up has coincided with Gillingham registering back-to-back victories and moving out of the League One relegation zone.

The centre-back says the whole squad deserve credit for getting their season back on track after failing to win any of their first eight league games.

"It is a team thing and nice to be back in a winning mentality," he said. "We didn't have the best of starts so fair play to all the squad and the management staff for getting us here.

"It's just great to be winning as when you're winning everyone is happy. Football is all about confidence and momentum.

"We have got a little winning streak going on and we just need to see how far we can go with it.

"Fair play for all of us turning the corner and hopefully we can kick on now."