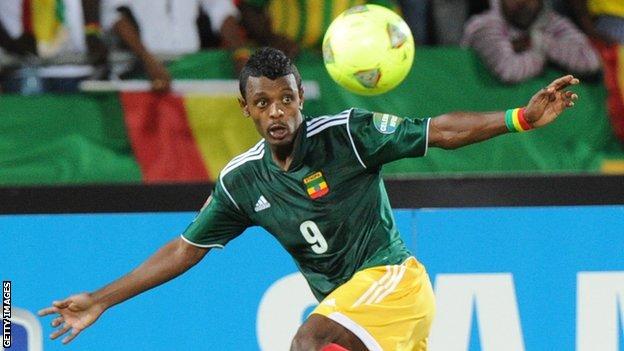 The two sides clash in Addis Ababa in the first leg of the final round of qualifying for Brazil next year.

Getaneh, who was joint-top scorer for Ethiopia's in the group stages, is ruled out with an injury.

The 21-year-old picked up the ankle injury playing for his South African club Bidvest Wits.

He arrived in Ethiopia to join up with the rest of the Walya Antelopes squad on Tuesday but officials then confirmed he would not recover in time to play against Nigeria.

Ethiopia will instead look to Saladin Said Ahmed, who along with Gibeto scored four goals in the group stages, to spearhead the attack on Sunday.

Saladin also scored twice when the two nations last met in Addis Ababa back in 2011 in an Africa Cup of Nations qualifier that ended 2-2.