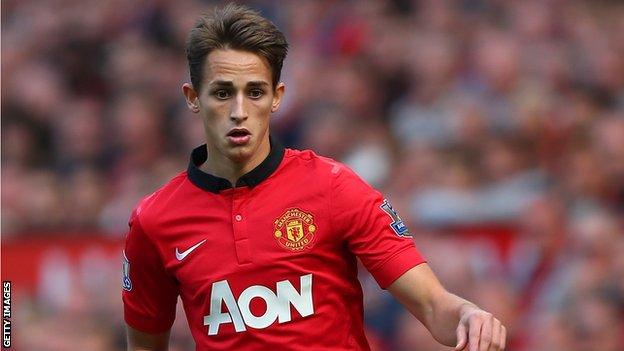 England capping Manchester United's Adnan Januzaj would make a mockery of international football, according to Scotland Under-21 manager Billy Stark.

The 18-year-old is eligible for Belgium, Albania, Serbia and Turkey.

"For me, international football could be in danger of becoming a laughing stock," said Stark.

"This might just be me coming from an older generation, but to me that's just not right."

To date he has the land of his birth, and has not won a cap at any level for any country.

For England to select the midfielder, who moved to Old Trafford from Anderlecht in 2011, it would require a change to the voluntary agreement between the United Kingdom's home nations that limits eligibility beyond the place of birth of players, parents and grandparents.

"The agreement that the home nations have is that we don't use the residency rule and, instead, we have introduced the five-year schooling requirement," Stark pointed out.

"The five-year schooling rule is valid because the players are brought up in that country and can feel a sense of identity with that country."

As well as Oldham-born Rhodes, Scotland have used the schooling rule to select

However, Stark conceded that the residency rule allows other countries to have an advantage over England, Northern Ireland, Scotland and Wales.

"We probably make it difficult for ourselves because a lot of nations like Germany use the residency rules," he said.

"Maybe we are being a bit dogmatic sticking to our agreement, but until that changes, we should continue with that."