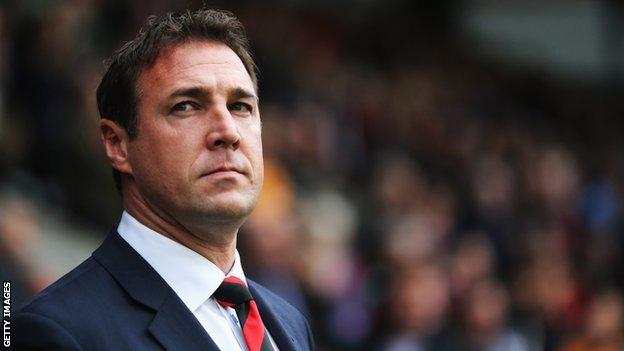 Cardiff have suspended their head of recruitment Iain Moody and replaced him with an unknown 23-year-old who was formerly on work experience.

But he has been succeeded by Kazakh Alisher Apsalyamov, who was on work experience at the club in the summer and who is a friend of owner Vincent Tan's son.

"In the summer Alisher Apsalyamov was on work experience painting the walls of Cardiff City Stadium, watching their promotion games on his laptop.

"Now he's the acting head of recruitment at the age of 23, responsible for the January transfer window that could determine whether Cardiff stay in the Premier League.

"Apsalyamov is, I understand, a close friend of the son of Cardiff owner Vincent Tan.

"I believe that Moody, initially suspended by Mr Tan, has now been placed on gardening leave until the end of the season on full pay so Mackay cannot use someone with whom he has worked productively for the past seven years, first at Watford, now at Cardiff."

The Cardiff City website says Moody's football career began as a Uefa-appointed interpreter for Italy during the 1996 European Championships.

He went on to become a writer at the Football365.com website in 1999, moving to a sports management agency in 2001.

BBC Sport's Pat Murphy reports that Moody has now been placed on gardening leave until the end of the season, while replacement Apsalyamov was painting the walls of Cardiff City's stadium this summer on work experience, and watching the club's promotion run-in on his laptop.

Mackay's former team-mate Iwan Roberts says the loss of a trusted member of the backroom team will be a blow.

"Iain is a trusted member of Malky's backroom staff.

"Malky will be shocked, stunned and angry that this has happened behind his back."

"The worry for Cardiff fans will be the unsettling of Mackay - a highly-rated young manager - after a decent start to the season. With Mackay pinning much faith in the team ethic throughout the club, these will be worrying developments."