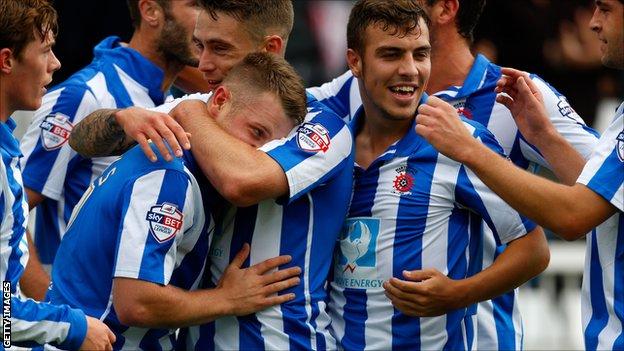 Hartlepool United manager Colin Cooper has said the bond between the players at Victoria Park has been pivotal to their turnaround in form.

Pools failed to win a league game this term until a 2-1 victory over fellow strugglers Accrington on 14 September.

They have lost only one of the last five games, reaching the Johnstone's Paint Trophy northern quarter-finals with a 1-0 win at Sheffield United.

After failing to win a match in August, they have now been victorious in four of their seven games since then.

"We're now a squad that wants everybody to do well," Cooper told BBC Tees.

"If there's a certain kind of togetherness it's amazing what we can do, and I feel that at the moment."

Cooper's side progressed courtesy of a strike from James Poole, his third of the season and second in as many games.

The former Manchester City trainee has only missed two of the club's 11 games this season and has offered a presence alongside fellow forwards Luke James, Andy Monkhouse and Jack Compton.

"He's a talented footballer, he feels good about himself and is getting into good positions," said Cooper.

"He is getting into clever positions, picking up the ball on the back-foot and starting to attack the opposition back-four and I like what I am seeing."