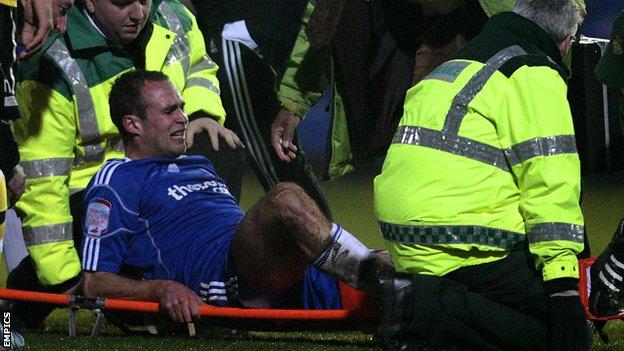 The 27-year-old suffered a dislocated knee whilst playing for Posh in 2010.

He was forced to retire in April 2013 and under the terms of his insurance settlement is not permitted to play for a Football League club again.

"He has been with us for a few weeks but it is one thing training. The real test comes in a game when you have to stretch for the ball or go in for a full-blooded tackle."

Hibbert arrives at Liberty Way after front-man Andy Brown was ruled out for the foreseeable future because of a detached retina.