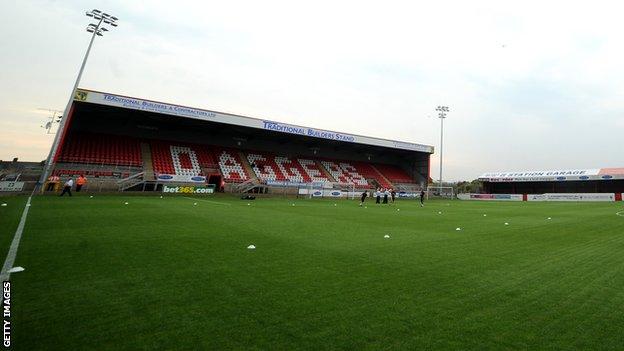 The Daggers have suffered just one defeat in their last 10 matches in all competitions and have climbed to 10th in the League Two table.

Currie told BBC London 94.9: "The boys are buying into everything the gaffer wants at the minute.

"He keeps telling them we aren't going to get anywhere without each other."

He added: "I do genuinely see it and believe that the boys are buying into it, which is fantastic.

"We've been talking about momentum and keeping the standards we have set going.

"That is not just in games. We've got standards we are meeting in training every day."

The Daggers recovered from 2-1 down to win 5-2 at Southend in their Johnstone's Paint Trophy tie on Tuesday.

"The gaffer decided to make one or two changes to freshen it up a bit and give some other boys a chance," Currie said. "Thankfully it paid off.

"The boys all put in a good shift and the performance was good.

"This group of players have got great belief in themselves and they never stop going."