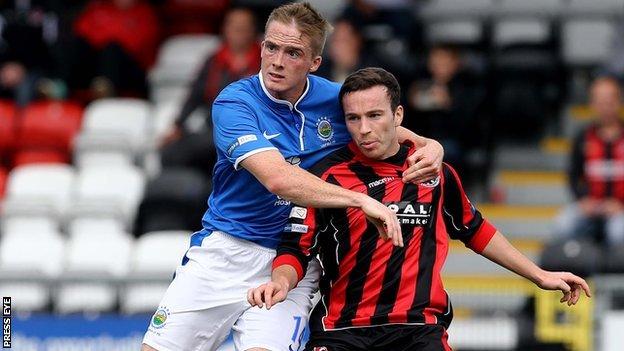 Linfield will host Crusaders in the quarter-finals of the League Cup, while holders Cliftonville will entertain either Bangor or Lurgan Celtic.

In the other two ties, Ballymena United will be at home to Portadown and Glenavon play Ards at Mourneview Park.

Bangor and Lurgan Celtic will play their rescheduled third round game on Tuesday 15 October, with the quarter-finals taking place on 12 November.

Linfield beat Glentoran on penalties to progress to the last eight stage.

Ards were also taken to a spot-kick shoot-out before overcoming Dungannon Swifts.

Ballymena are currently the only team to have beaten Portadown in the Premiership this season.