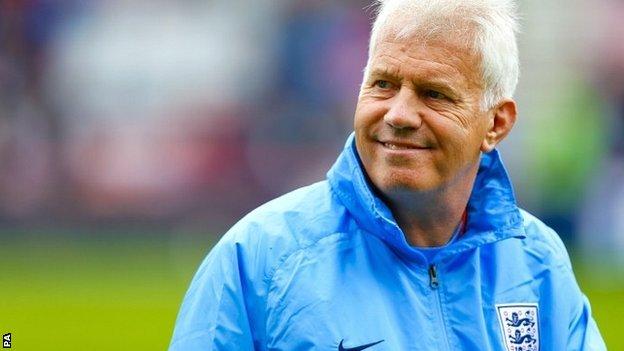 The Football Association has deferred the appointment of a new permanent head coach until after two World Cup qualifiers later this month with Brent Hills to stay on in a temporary role.

Hills has made just one change to his squad from the previous two matches.

Birmingham defender Laura Bassett replaces Gothenburg midfielder Anita Asante, who is ruled out with a broken bone in her foot.

England Under-23 coach Hills, 59, was an assistant to Powell and has already said that he would like the role on a permanent basis.

Hills said: "Taking charge of my country for those two games was a real honour. I enjoyed every minute of it and I'm sure I will again.

"I was very happy with the team's level of work during the last double-header and obviously with the manner of their performances - not just the number of goals we scored but because we continued to do the right things throughout."

Hills continued: "England v Wales is always a game that stands out and I'm sure it will be a special occasion for both sets of players, staff and fans."

Wales kicked off their World Cup campaign with a 1-0 win over Belarus.