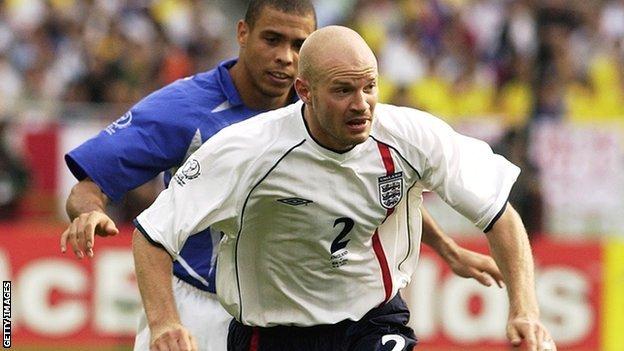 "I hope we'll come up with simple proposals that everyone will buy into that give English kids a better chance of playing at the top level," said FA chairman Greg Dyke.

Its focus is to increase the number of England-qualified players appearing for the country's top clubs and improve the England national team.

The formation of the panel comes after a BBC Sport study showed that playing time of English under-21s in the Premier League has fallen to its lowest level.

"I don't believe in setting things up that go on for years," Dyke said. "I think boredom gets to everyone in the end so six months is about right."

Former Manchester City and Leeds full-back Mills, who played 19 times for England, was selected after writing, according to Dyke, "a very interesting paper on what we should do".

Now a football pundit, 36-year-old Mills has argued that, amongst other measures, clubs should limit the number of foreign players at their academies to just three.

The Premier League, whose chairman Anthony Fry was invited to sit on the commission, will not be part of the new set-up.

"I was disappointed the Premier League didn't come on the commission but I understand why," said Dyke.

"They are co-operating fully and a lot of the clubs have contacted me personally, which is really encouraging."

Former FA chairman David Bernstein said it would be "incredible to have a meaningful commission" without representatives from England's top flight.

He said: "If we're looking at a commission for the greater, wider good of English football then all parties need to be involved."

"I think the appointment of Glenn Hoddle, someone who's a fantastic technical coach and a real skilled man - I think that's a great appointment from Greg Dyke. He's got a fantastic football brain that's been wasted for a few years. I'm delighted to see him back and I applaud Greg Dyke's decision."