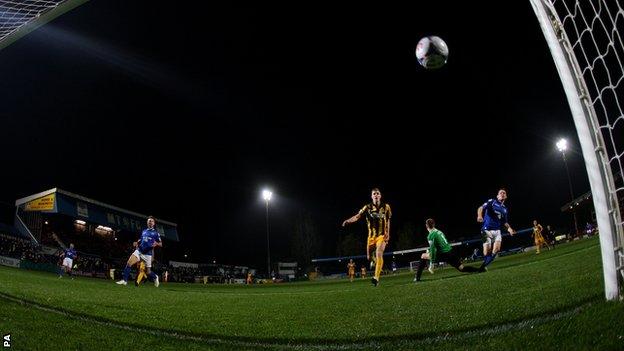 Jamie Milligan converted a 90th-minute penalty as Southport twice came from behind to earn a point at Macclesfield.

Connor Jennings put Town ahead from a Danny Whitaker cross for his seventh goal in as many matches but substitute Danny Hattersley equalised from 20 yards, two minutes after coming on.

They were rewarded when Milligan struck after a foul by Joe Connor.