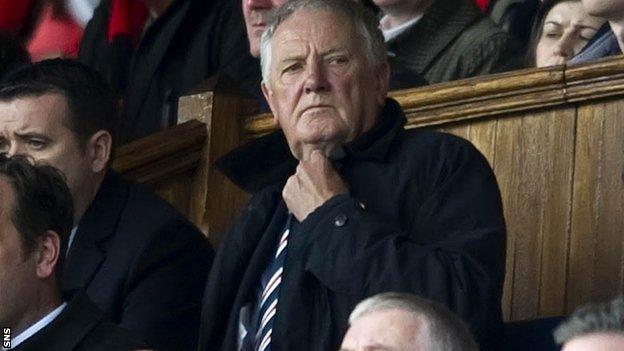 Ibrox chief executive Craig Mather praised Hart for his contribution to the club.

"It is with sadness that we see Ian depart and we would like to thank him for his valuable contribution over the past year," he said.

"Ian remains a huge fan of the club and we wish him the best of success in future."

A group of shareholders are trying to force changes on the Rangers board at the upcoming AGM.

Speaking earlier this week, former Rangers manager Walter Smith said the club must "get rid of the boardroom turmoil" and "settle down".