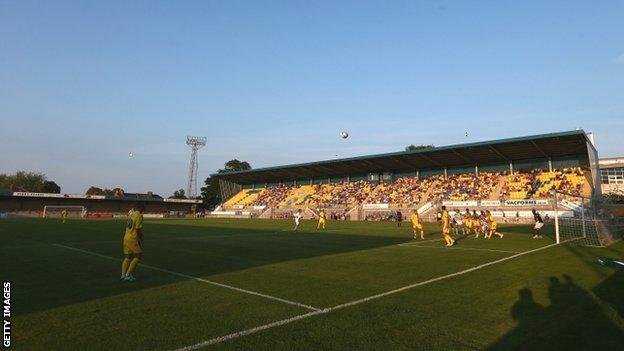 The staff affected were called to a meeting on Wednesday as the club, currently 21st in League Two, look to cut costs.

The other roles to be closed are those of two part-time maintenance staff.

Talking at the start of the season, Gulls chairwoman Thea Bristow said she was actively looking for new investment at Plainmoor.

''I am not a bottomless pit of money and we would love to attract some new investment at board level,'' said Bristow.

Mrs Bristow became chairwoman in April 2013. Her husband and former director Paul, who died in 2010, became involved at Torquay after investing some of their £15m National Lottery winnings in the club.

The Gulls narrowly survived in League Two last year, and have attracted average crowds of 2,880 over the last four seasons.