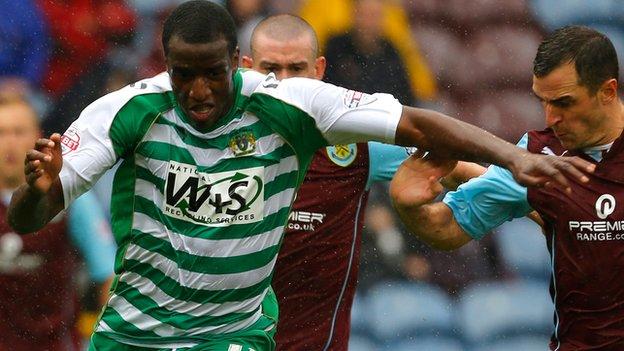 The 6ft 6in forward, who turns 21 later this month, arrived at Huish Park in the summer.

He made just two starts for the Championship club and failed to score but has now returned to Merseyside.

Ngoo has yet to play for his parent club but previously had a loan spell with Hearts in the SPL, where he scored five times in 16 games.