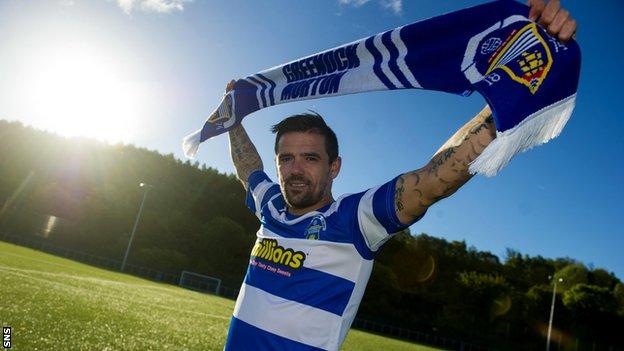 The 34-year-old Spaniard, who spent six seasons at Ibrox, has agreed to play for the Greenock side until January.

Having left Scotland in 2010 for spells in his homeland and Poland, Novo returned this summer and had been training with Rangers and Kilmarnock.

Morton are bottom of the Championship with one win in eight games but they did stun Celtic last month with an extra-time victory in the League Cup.