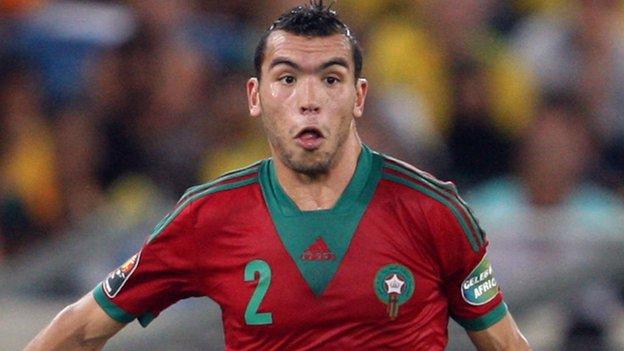 Morocco defender Abderrahim Achchakir has appealed against his one-year Fifa ban for assaulting a referee during a World Cup qualifying match.

The Court of Arbitration for Sport said on Thursday it has scheduled the appeal hearing for 5 November.

Achchakir confronted Angolan referee Helder Martins de Carvalho and was sent off in a 3-1 loss to Tanzania in March.

Its disciplinary code requires bans of at least six months for assaults such as "elbowing, punching, kicking".

"The suspension covers all types of matches regardless of whether they are of national, international, friendly or official nature,'' Fifa said in a statement.

The 26-year-old FAR Rabat player's ban runs until 13 May, and forces him to miss the start of his club's 2014 African Champions League program.

In a television interview in May, Achchakir questioned if the verdict was fair.

"The decision taken by Fifa is not justified and I did not do anything in order to receive the punishment from Fifa,'' he said. "God willing, the decision will be abolished on appeal.''