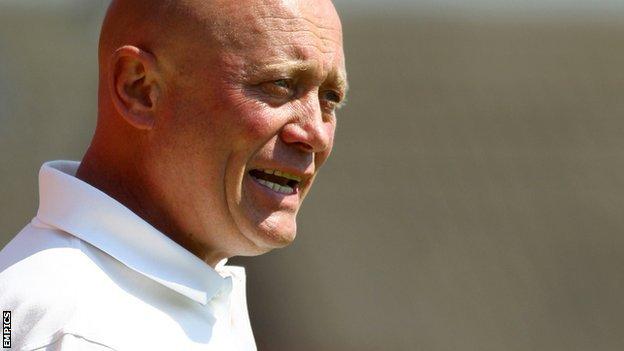 Alfreton Town boss Nicky Law is not ruling out a move into the loan market before Saturday's trip to Gateshead.

Injuries to Michael Wylde and Dan Wishart in Tuesday night's 1-0 home defeat to Chester City has left him with just 13 fit players.

Paul Clayton and Ashley Westwood are already sidelined, while Jay McFadzean and Alistair Taylor are out on loan.

"Injuries have hit us badly," Law told BBC Radio Derby. "It looks like we might have to do something this week."

Experienced striker Clayton is expected to be out for a minimum of a month and former Wrexham central defender Westwood at least a fortnight.

Fellow defender Nicky Fenton is serving a three-game ban for his sending off against Forest Green Rovers.