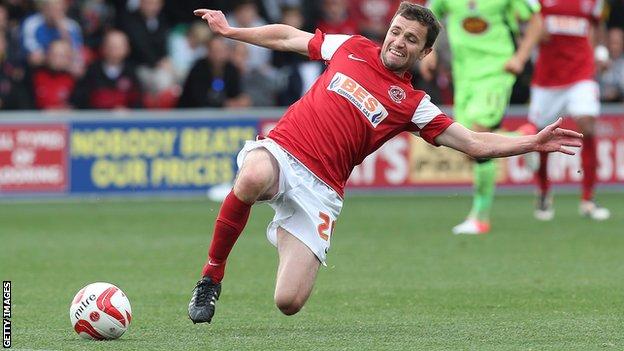 Northern Ireland international Johnson, 34, was by manager Graham Alexander in May.

The former Blackburn and Birmingham man in the summer of 2012, ahead of the club's maiden season in the Football League.

He played 23 times for the Cod Army, including 18 starts, with his last appearance coming in January.

Fleetwood are second in League Two and will if they beat the Spireites at Highbury on Saturday.