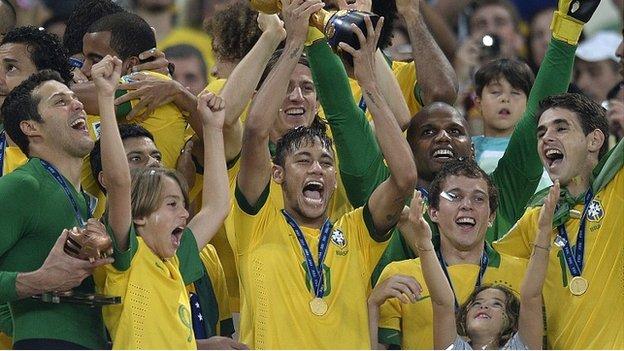 Fifa will hold a random draw to allocate 2014 World Cup tickets after six million applications were made, almost double the total available.

Tickets not allocated will be available on a first-come, first-served basis from 5 November.

Fans will be allowed to buy tickets again on 8 December following the World Cup draw, with the opening game in Sao Paolo on 12 June 2014.

The final will be at the Maracana in Rio de Janeiro on 13 July.

Organisers expect a total of nearly 3.3 million tickets to be available for the first World Cup in Brazil since 1950, but only about one million were offered in the first phase.

Each applicant could request for up to four tickets per match for a maximum of seven of the 64 matches.

Nearly 800,000 fans attended the Confederations Cup in Brazil this year, with ticket sales easily surpassing those for the tournaments in South Africa in 2009 and in Germany in 2005.