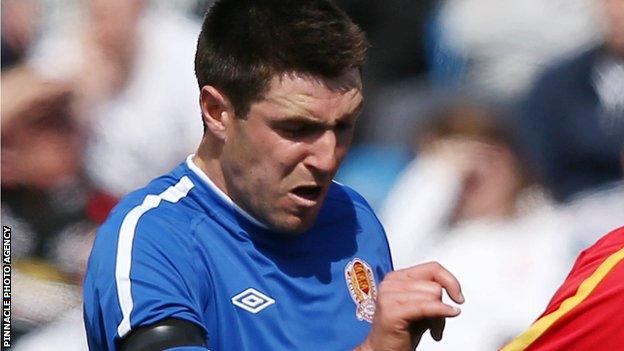 Striker Craig Russell netted twice as Jersey started the defence of with a 3-1 first-round win over rivals Guernsey.

Chris Andrews gave Jersey the lead after a defensive mix-up before Russell scored from close range on the stroke of half-time.

Guernsey hit back through Simon Tostevin's header but Russell's late strike secured the win for the hosts.

The competition pits amateur divisions from around England against each other.

"It's a work in progress, it's a new team and it's a young team," Jersey Football Combination boss Craig Culkin told BBC Radio Jersey.

"I couldn't ask for any more from the boys and there's some positives to take from some really young, hungry lads who've got a good future and a lot of potential leading up to the Island Games in 2015.

"Craig Russell led the line, he captained the team today and I think his energy and his drive will go a long way to helping him keep that armband in the next game in four or five weeks."