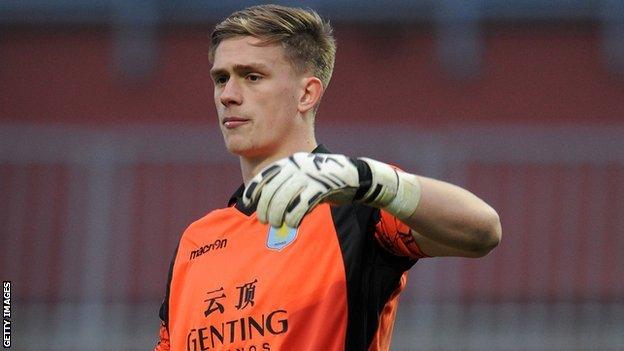 The 19-year-old plays in the youth ranks at the Premier League club and has represented England at U16 and U17 level.

He will be available for Sunday's League One trip to Bradford.

"Jason Mooney and Sam Ramsbottom are both injured, so it was important we brought in cover for Owain Fon Williams," said boss Ronnie Moore.

He told the club website: "Bradley is highly thought of at Aston Villa and did well for their Under-20 side in Europe last season."