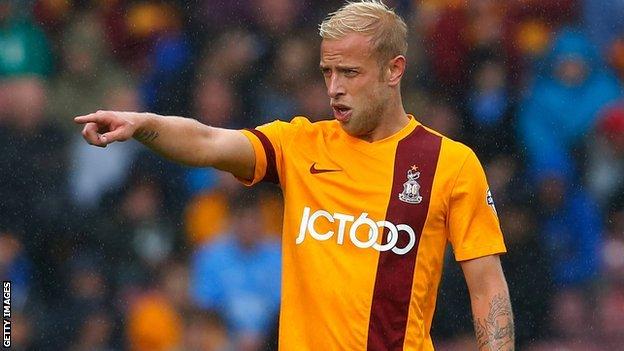 Bradford City defender Andrew Davies has been ruled out for up to four months after undergoing knee surgery.

The 28-year-old had been ever-present for the Bantams in the league this season, but flared up an old injury in the win at Walsall last week.

Davies missed over three months of last season with a knee injury before helping the side to promotion.

Phil Parkinson's side, who face struggling Tranmere at home on Sunday, are fourth in the League One table.