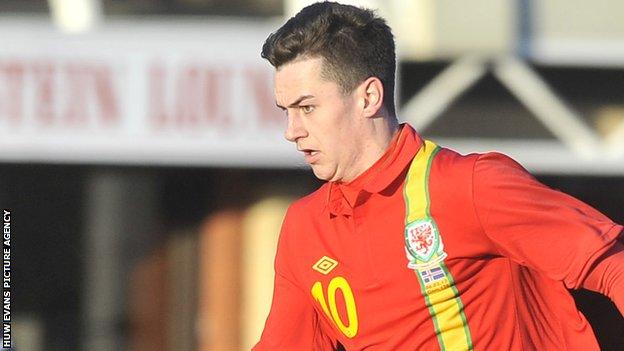 Tom Lawrence scored two penalties as Wales got back to winning ways in their Euro 2015 qualifying campaign with victory over Lithuania.

Manchester's United's Lawrence gave Wales the lead from the spot on 22 minutes after Billy Bodin had been fouled.

The striker netted a second penalty five minutes before the interval after he was fouled by Martynas Dapkus.

Victory at Bangor's Nantporth Stadium was Wales' second win in Group One.

Geraint Williams' side had lost two of their previous three games, including a shock 1-0 defeat in San Marino.

Wales host San Marino in Bangor next Tuesday before the campaign resumes away to England next March.