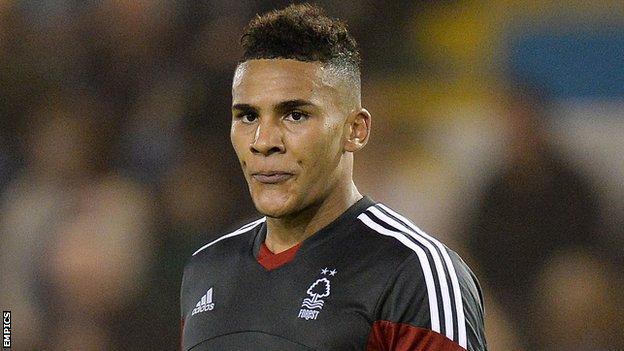 MK Dons boss Karl Robinson has confirmed he was interested in Nottingham Forest's Jamaal Lascelles, but is angered at it becoming public.

Reports have linked the Dons with a loan move for the 19-year-old defender.

"I spoke to Billy Davies [Forest manager] last week. It was an enquiry and I'm furious that it's got out," Robinson told BBC Three Counties Radio.

"Jamaal is a wonderful player, but I believe he is pushing for Forest's first team so that's where we left it."

The City Ground academy product has played twice for the senior side this season, appearing in League Cup matches against Millwall and Burnley.

He scored an extra-time winner against the Lions, but is yet to feature in the Championship this term.

"The lad is a fantastic prospect but you wish him luck, wish Billy luck and that is it," Robinson added.

"We don't like hanging our washing out in public. I believe in doing things internally."

The Dons manager, whose side sit seventh in League One, went on to admit he is still looking for players to improve his squad.

"I've constantly been in discussions with different players but the ones we want are of a certain quality so they are close to their first teams," he said.

"We don't just want anybody to come, we want the right person."