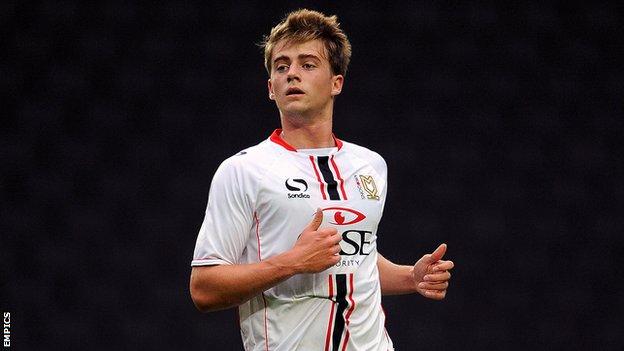 Michael O'Connor was dismissed for fouling Stephen Gleeson in the box and Shaun Williams scored from the spot.

Millers manager Steve Evans also saw red at half-time before Ben Reeves tapped in a rebound to make it 2-0.

Lee Frecklington's header and a Tom Flanagan own goal brought Rotherham level before Chelsea loanee Bamford fired in from 20 yards for the hosts.

"Ten out of our 18 players are all 23 years of age or under and have so much class and quality. But they've got to learn the other side of the game and that will make them better players.

"There were mistakes today and it's not cost us, but it could, so it's important we learn our lessons.

"Patrick Bamford's path at Chelsea is nothing to do with us. All we can do whilst he's here is make him a better footballer and I think he's doing that.

"Me and him have had a little joke about the target for him. Some people raised a few eyebrows about why we brought him back in the summer and why we were so excited; that's why. And what a good lovely, grounded kid he is too."