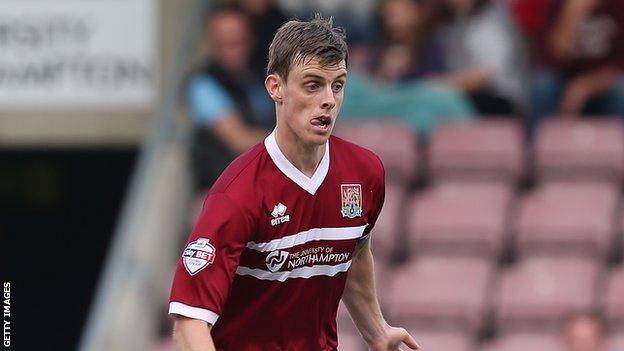 Northampton captain Ian Morris' second-half goal rescued a point for his struggling side against Dagenham.

Debutant Luke Norris put the Cobblers ahead from close range after Stuart Dallas returned a corner into the box.

Two Dagenham goals in the space of three minutes, the first a superb curling effort from Zavon Hines followed by Rhys Murphy's header, then turned the game on its head.

But Morris had the final say with a low drive after being released by Dallas.

"In the first 40 minutes, I thought we did really well. We played some good stuff and did exactly what I wanted.

"The goal from Hines is very, very good. We should have dealt with it earlier, though. With the second goal, we were feeling sorry for ourselves.

"We've enough senior players on the pitch to make sure that it stays at 1-0. But if they got everything right, they wouldn't be here.

"To go 2-1 down, to show the character and spirit to come back, we were brave. We scored a good goal. On another day, we could have had more goals."