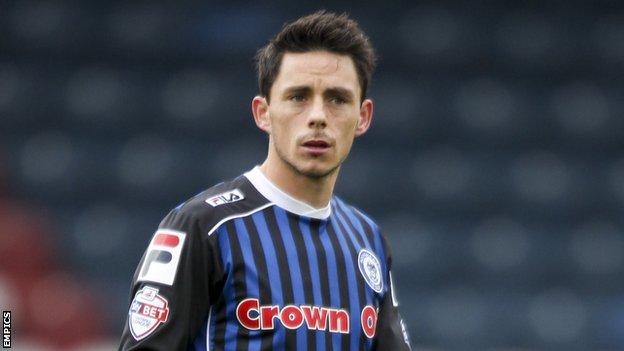 After an unremarkable first-half, defender Troy Brown bundled the ball home to put the Robins ahead.

Henderson saw several efforts go wide before he eventually headed in the equaliser from close range with eight minutes left on the clock.

And the forward earned his side all three points when he chipped in to the net in injury time.

"We know they're a decent side, but we nullified them and kept them quiet - but made the odd mistake. We just switched off twice and got beat.

"We're a bit like a broken record at the moment. We're back on the training ground on Monday to get ready for a big performance on Tuesday [against Morecambe]."

"The form is good, but I'm looking at performances and I'm more than happy. If we perform similar to the way we have done today, we'll get results.

"I was really pleased that our result has reflected the performance.

"We were a little too negative with our possession in the first half but we stepped it up in the second and it's difficult for the opposition to stop us.

"It's the way I want to see the game played and the players are more than comfortable with accepting the challenge of playing expansive football. At the minute, it's all good."