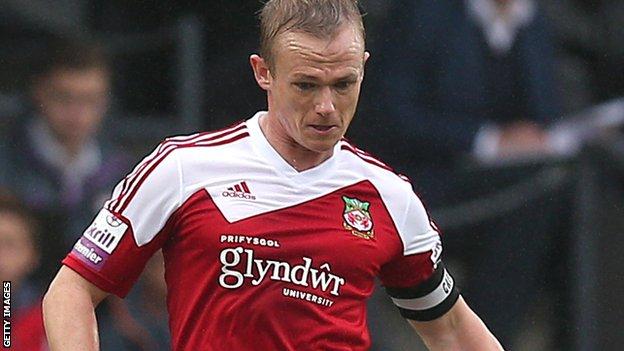 Keates received the ball from Jay Harris's short corner and his cross into the area deceived everyone to beat Sam Beasant.

Woking rallied in the second half with Mike Cestor's header striking the crossbar and Andy Coughlin denying Scott Rendell.

Joe Clarke sealed the win in the final minute with a composed finish.

"With all the problems we've had with centre-backs and the week we've had, to have a clean-sheet and win the game is really pleasing.

"[In the] first half we were good, deserved our lead and I think in the game we probably had the better chances. But in the second half we stopped doing what we were doing in the first half.

"A win's a win. That's what we said before [the game] - by hook or by crook we need to get three points to get us up this league."

"We look at today's defeat as self-inflicted. I felt in the first twenty minutes we were in control and they were very low confidence.

"I was fully aware that they were struggling but their goalkeeper made some very important saves.

"I was probably more disappointed from the time that they scored the goal, which seemed to give them a lift and I felt that we never did enough today.

"We didn't contribute enough and there were some choice words at half-time.

"I think we looked more with it in the second-half. And I ask my players why didn't we hurt them enough."