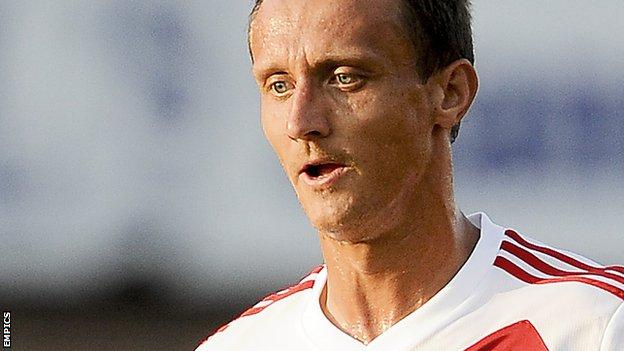 Striker Paul Benson scored twice for Luton as the Hatters edged a seven-goal thriller against Tamworth at the Lamb.

Duane Courtney's close-range effort put the hosts in front, but Luton went into the break 2-1 up after Jonathan Smith and Andy Parry struck from distance.

Benson headed in a third and latched onto Andre Gray's pass to make it four goals in 23 minutes for the visitors.

"I take my hat off to both teams. I give them every credit. They both played to their strengths. The atmosphere was a cup tie atmosphere - and we've come through it.

"We're not playing to defend, we're playing to attack, and sometimes when you play to attack you might concede goals.

"At the end of the day, I thought it was a cracking game."