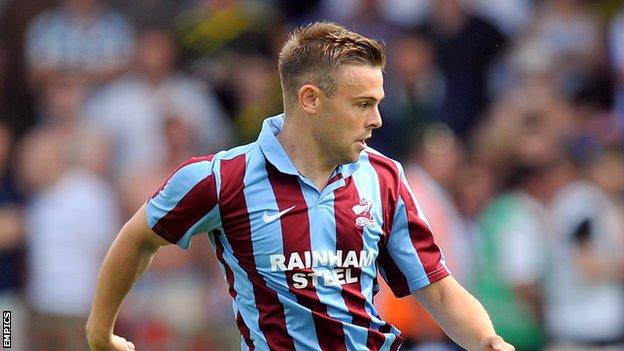 The loanee put the Darts two goals up within 15 minutes with a tidy finish and a header from Ryan Hayes' cross.

A penalty and a close range effort from Scott Spencer brought Hyde level before the break and a long-range shot from Louis Almond put them ahead.

Substitute George Monger's 25-yarder levelled things up, but Godden struck late on to seal the points.

Dartford's first win in four matches moved them four points clear of the Conference Premier relegation zone, but Hyde remain rooted to the bottom of the table after their 14th defeat of the season.

Hyde gave a debut to Oldham youngster Glenn Belezika, who joined the Tigers on a month's loan on Friday.

"I thought we were absolutely excellent for 25 minutes, then for 20 minutes I was at my lowest ebb before half time.

"We should have gone on and kept up the tempo of the game and been in the lead. But certain things happen, people don't do the good habits, and when that doesn't happen it's annoying and frustrating.

"I've been on air saying we've been unfortunate in games. Today we were fortunate. Hopefully it's a good sign for future games."