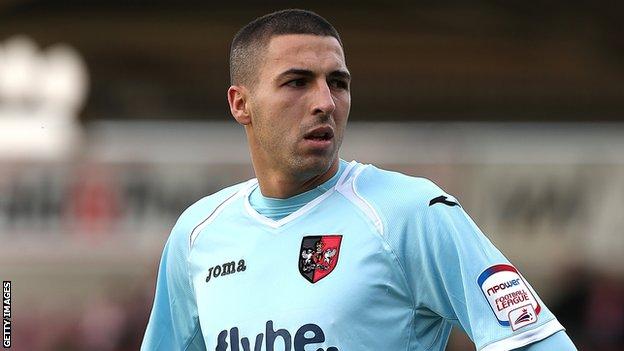 The visitors went ahead against the run of play when Sercombe drilled home right-footed from the edge of the box.

Arron Davies scored a dipping long-range effort shortly after half time, then crossed for Sercombe to tuck a shot inside the far post as Exeter scored two goals as many minutes.

Substitute Sam Parkin wrapped up the win late on with an individual effort.

Exeter are now third in League Two, behind leaders Chesterfield on goal difference, while Scunthorpe are 13th.

"I thought we were second best in the first half, especially early in the game, and I thought we allowed them a lot of freedom.

"They came with a 3-5-2, which I didn't expect, and we had to adjust to it in our first 15 minutes. I thought that set the tone for the rest of the game.

"The first goal made it more difficult because they changed again to sit deeper, and we had to penetrate them and work even harder."