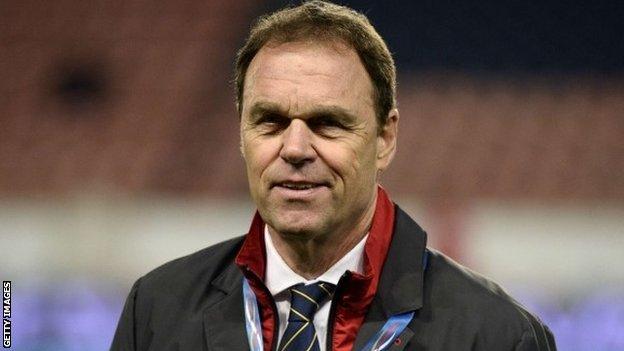 Coach Holger Osieck has been sacked by Australia after his team were defeated 6-0 by France in a friendly on Friday.

The German, 65, helped the Socceroos qualify for next year's World Cup, but the loss in Paris comes a month after the side were beaten 6-0 by Brazil.

"The decision is based on the longer term issues of the rejuvenation of the Socceroos team," said Australia's football chief Frank Lowy.

Assistant Aurelio Vidmar takes charge for the game against Canada on Tuesday.