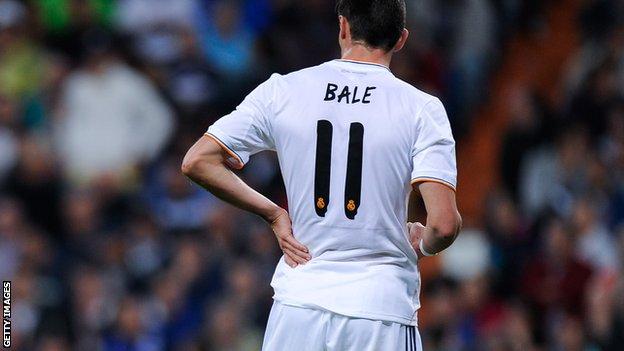 Real Madrid have denied a report published by Marca newspaper which says world-record signing Gareth Bale has suffered a slipped disc in his back.

Bale has started just once for Los Blancos since arriving from Premier League side Tottenham for £85m.

The Welshman scored on his home debut but has played only twice since.

"The information published, claiming that the player has a slipped disc on the vertebrae is completely false," Madrid said in a statement.

Marca claim the MRI scan on 2 September - the day of Bale's official presentation at the Bernabeu - detected a slipped disc in the back on the L5 -S1 vertebrae and a bulge on L4 -L5.

Headlined 'Bale's secret slips out', the article also states that although the injury is not giving him trouble and will not prevent him from playing for the foreseeable future, it may require surgery further down the line.

"In response to the information that the newspaper Marca has published today regarding the player Gareth Bale, Real Madrid would like to state the following: