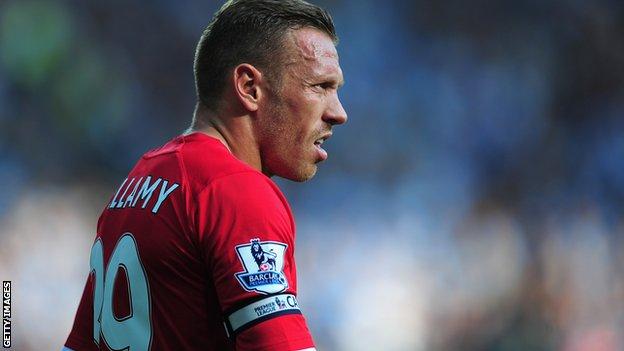 Cardiff forward Craig Bellamy says the departure of head of recruitment Iain Moody is a "huge loss" to the club.

Moody - a key member of manager Malky Mackay's backroom team - has been replaced by Kazakh Alisher Apsalyamov, 23, who was on work experience at the club in the summer and is a friend of owner Vincent Tan's son.

"It's a huge loss for us because he's outstanding," said 34-year-old Bellamy.

"Any club with Iain Moody is a miles better club."

Any club with Iain Moody is a miles better club.

In his scouting role he helped sign summer recruits including Gary Medel from Sevilla and Steven Caulker from Tottenham.

Cardiff have denied reports they asked Mackay to resign after Moody was placed on gardening leave and the former Scotland defender is expected to stay at the club.

Bellamy, a former team-mate of Mackay at Norwich, has labelled the Scot "the best young British manager" and praised his record since succeeding Dave Jones, which has included promotion to the Premier League and a League Cup final appearance in 2012.

"What he's done for this club in such a short space of time is nothing short of remarkable," added Bellamy. "He's responsible for the connection between the fans and the players.

"I can only talk from a player's point of view and it isn't for me to dictate to anyone, certainly above me. But the simple fact is I'm very fortunate to be working with the guy."

Bellamy will bow out of international football on Tuesday night when Wales face Belgium in their final 2014 World Cup qualifier.