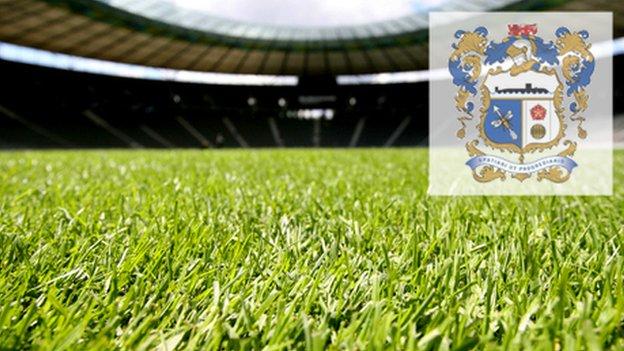 Visiting fans were allegedly approached and abused at the interval of Barrow's 4-0 victory, leading to police attending and a 20-minute stoppage.

"I am personally embarrassed about the scenes here at half-time," Weale told BBC Radio Cumbria.

"It was unacceptable, obviously we will be pursuing the perpetrators."

He added: "We will work alongside the security officers, the referees and the police and those people responsible will feel the full force of the law.

Midland Combination Premier Division side Atherstone had progressed through five rounds to get to the third qualifying stage, with the visit of Conference North side Barrow one of the biggest games in their history.

"It's wrecked it and it makes me feel sick," manager Ivor Green told BBC Coventry & Warwickshire.

"The second half just fizzled out, both sides were affected by it."