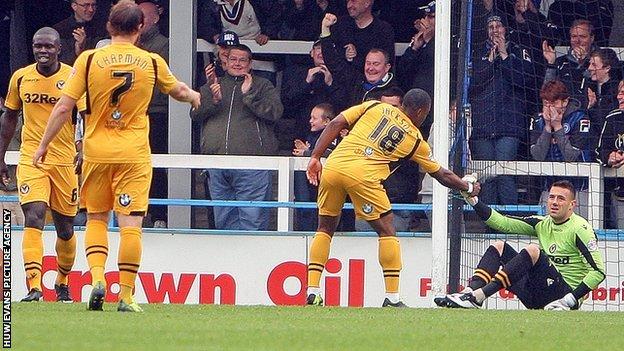 The Exiles suffered only their third defeat of the season in League Two and their first since 14 September.

Newport were outclassed at Spotland and Edinburgh admitted his side had been convincingly beaten.

"We go back to training on Monday and we'll work hard to make sure we learn from it and it doesn't happen again," the County manager said.

"It's unlike my group of players but that's maybe a little bit of a wake-up call that will bring us back down to earth.

"We've had a fantastic start but if we think that maybe we're better than we are then that's what can happen.

"The group will learn from it - and we will as a coaching staff and a manager."

Newport were awarded a penalty after 61 minutes when Conor Washington was fouled by Jack O'Connell.