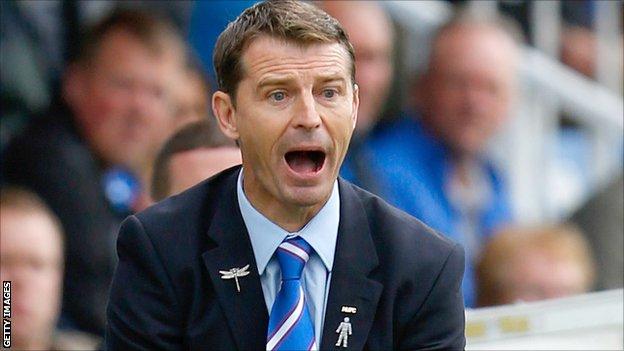 Hartlepool United boss Colin Cooper has said his challenge is to replicate their good form on the road at Victoria Park, after three away wins in a week.

Pools won at and in consecutive League Two games, and beat League One side Sheffield United in Tuesday's Johnstone's Paint Trophy tie.

They also scored eight goals in the process, conceding only once.

Cooper told BBC Tees: "My job now is to see if setting up different at home gives us more opportunities than away."

He added: "I think we're good enough to create chances against any team, what we have to be is solid out of possession and I think we've been that in three away games this week."

After failing to win in their first seven league games, Pools have lost only one of the last five, while the victory at Exeter on Saturday was their third in that run.