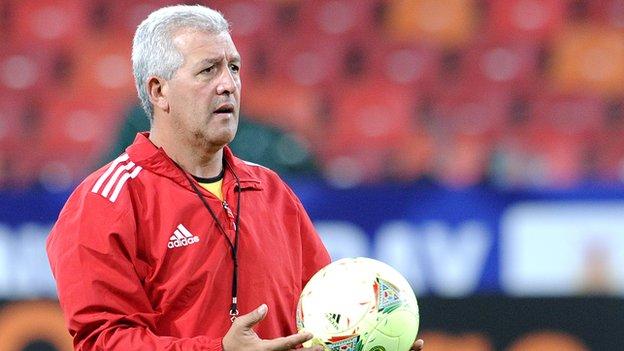 Angola are on the search for a new coach after parting ways with Uruguayan Gustavo Ferrin.

The Angolan federation said an amicable agreement had been reached over a payout for the final year of his contract.

Ferrin took charge in July 2012 on a two-year deal, but his association has ended after failing to qualify for next year's World Cup.

Ferrin won two of his 10 matches during his 15-month reign.

He led the team at this year's Africa Cup of Nations where Angola finished bottom of their group, beaten by South Africa and Cape Verde while managing a draw against Morocco.

The Palancas Negras also failed to get out of their 2014 World Cup qualifying group, finishing below table toppers Senegal and second-placed Uruguay.

Angola, who qualified for the 2006 World Cup against the odds, won just one of their six group games.